Are improvements in irrigation efficiency a win for water resources?

Are improvements in irrigation efficiency always a win for water resources?

In response to the unintended consequences documented in this study, managed aquifer recharge is being implemented as a means of augmenting groundwater levels, quality, and spring-fed waterways. The findings suggest that increased irrigation efficiency may not actually be reducing water use in this region.

You can read their full findings below or by contacting William. 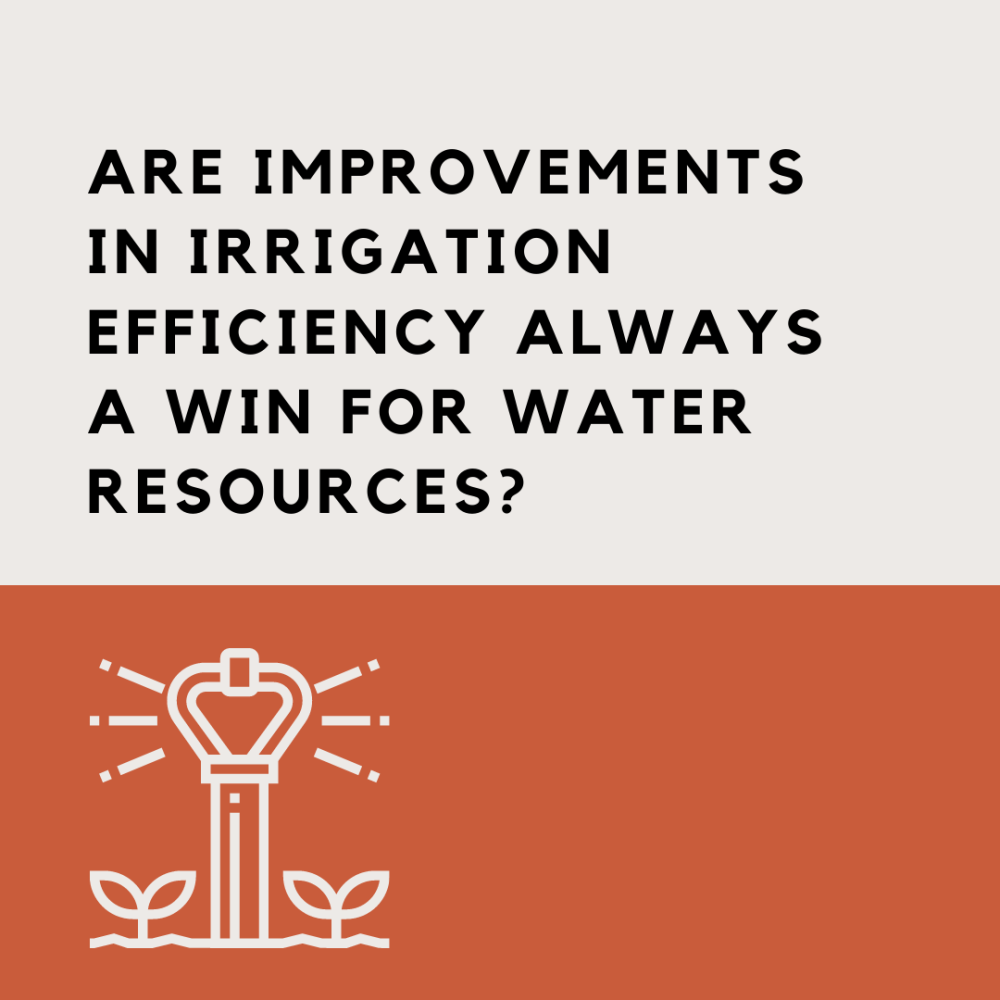