Jordan Butler likens his work to being a modern-day alchemist. As a structural engineer, he takes materials such as steel and stone and turns them into structures that serve society better than the sum of their parts.

“I think that’s pretty rewarding about engineering as a career choice,” he says.

From dams and bridges to roads, airstrips and buildings, structural engineers are responsible for planning, designing and constructing the human-built world that we see around us every day.

“You just need to go outside to recognise that an engineer designed practically everything you’re looking at,” says Jordan.

Studying civil as a gateway to change

Jordan’s career began with a Bachelor of Engineering (Civil) Honours, at Edith Cowan University (ECU) in Western Australia. At the time, he says he had little idea of the different roads his degree could take him down. But as he progressed through his studies, Jordan quickly discovered endless career opportunities for structural engineers.

Dr Themelina Paraskeva, a structural engineering lecturer at ECU, says this is due to the fact that the skills and knowledge gained through a civil engineering degree can be applied to so many disciplines.

“You have the option to work within different industries and, based on ongoing training, to specialise in the areas that most interest you and become a chartered engineer,” she says.

Dr Themelina Paraskeva, a structural engineering lecturer at ECU, says the skills and knowledge gained through a civil engineering degree can be applied to many disciplines.

Today, Jordan works for engineering consultancy Wallbridge Gilbert Aztec (WGA), where he specialises in maritime structural engineering, which is the design of structures such as wharves, jetties and seawalls that sit where land meets the sea. Jordan’s job is to ensure they are designed and built safely – but also sustainably so they’ll last for many decades to come. And that’s becoming increasingly challenging as climate change progresses.

“Storms will get stronger, sea levels will rise, and cyclones are likely to start travelling further south,” he says. “There’s going to be a real need for maritime engineering almost as a humanitarian project because of the risk that coastal communities face.”

It’s complex work, but thanks to his education at ECU, it’s work that Jordan is well-equipped to deal with. Jordan says that ECU’s state-of-the-art laboratories allowed him to test his theoretical knowledge on practical experiments before entering the workforce.

“Being able to see equations actuated in real life helps to consolidate that information in your mind,” he says.

According to the Australian Government, with structural engineering set to experience ‘solid growth’ in the future, skilled graduates like Jordan will be in high demand in the future.

“Structural engineering will always be in demand as long as we continue to live in houses, make use of bridges, dams, skyscrapers, and other infrastructure; all of them are essential for growth and development of human society,” says Themelina. 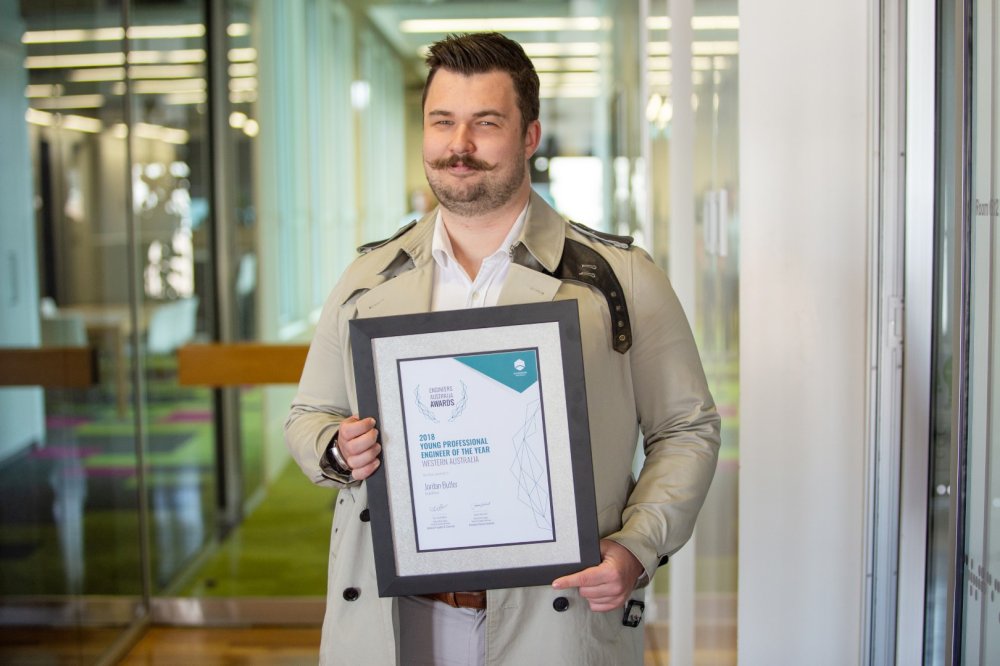 Jordan Butler, WGA Structural Engineer and ECU alumni
Like what you've read? Why not share it with a friend!