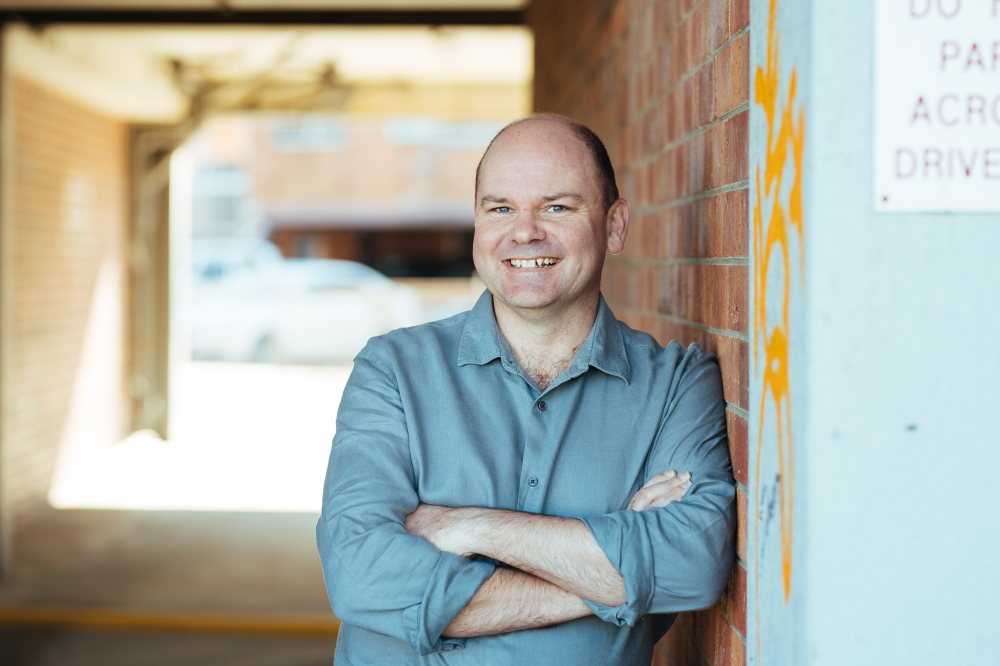 "Newcastle is a city which still has an industrial heartland which needs engineering support."

Where were you raised and who influenced your career?

I grew up on the Central Coast. I had a grandfather who worked on the building of the Sydney Harbour Bridge and a father who was a tool maker with Rolls Royce. But my biggest influence without doubt would be my mother. As I was growing up, she worked as a librarian, but prior to that she was an academic, studying geology and education. She always encouraged me and I still use much of the advice she gave me.

Why did you choose to study civil engineering and surveying at UoN?

I was always interested in how things work and why. Engineering is about problem solving and I thought it was a good fit for me. Out of high school, I wasn't sure whether I would prefer engineering or surveying, so I did both. Newcastle University has a very strong engineering faculty, so was an obvious choice for study. I have certainly used my surveying skills over the years, but my focus since uni has very much been structural and civil engineering.

Why did you travel overseas shortly after graduating?

After a few years working in the Hunter, my girlfriend (now wife) and I decided, like many other other young Aussies, to head to the UK to travel and experience life in another country. We were both fortunate to have careers which were transferable to the UK.

What were the professional highlights of your time in the UK?

I was working for a consulting engineering firm which focused on airport infrastructure. I worked on upgrades to Manchester Airport and was also involved in the Heathrow Terminal 5 project. Although I had only a small part to play, it was inspiring to be involved in such a landmark project. Working in the UK also exposed me to standards, codes and methods of work that were different to Australia. It certainly opened my eyes and has help me to think outside the box on many occasions since.

Newcastle and the Hunter is such an amazing part of Australia. Newcastle has many of the facilities and opportunities of a large city, but with a more relaxed lifestyle. It is also city with strong engineering roots. I think I always knew that we'd head back here.

What was your career focus from then?

Coming back to Newcastle, the work was very different to the UK. My focus has very much been on supporting industrial, resources and infrastructure clients since then. My team and I have also developed a niche in asset reliability and brownfields site engineering support.

You were at Advitech for seven years, what was your remit there?

I was the lead structural at Advitech and helped develop their business capabilities across the key sectors.

Why did you decide to join Wallbridge Gilbert Aztec, which has just opened operations in Newcastle?

Joining WGA has given me an opportunity to enhance my career and to build a team from the ground up, which is rare. WGA believe in a client focus, technical excellence and great people. It's a simple message but it speaks volumes. It's also well aligned with my personal values, which is helpful.

Why has it chosen Newcastle to open its NSW branch and what will be your role?

I'm excited to be leading the Newcastle office for WGA. It's WGA's first office in NSW. Newcastle is a city which still has an industrial heartland which needs engineering support.

WGA has existing projects and clients in NSW. Until now these clients have been serviced from interstate offices. The expansion into NSW provides local resources and experience to support existing and new WGA clients.

There are lots of local engineering firms. What sets WGA apart from the pack?

Client focus, technical excellence and great people. I've only been with the company for a short time, but it's clear that the WGA team live the values. I've seen the great relationships that the WGA team have with their clients. It's something that my team and I are hoping to emulate in Newcastle.

What led you to study an MBA?

I had been interested in doing further study for some time but with three young children I just couldn't seem to find the time. The COVID lockdowns became a bit of a now or never moment for me. I'm very glad that I started my MBA at my alma mater The University of Newcastle. It's been really interesting and coming in with more 'life experience' than some of my MBA colleagues has also been beneficial (I've often got a real life example to add to the ones in the textbooks!).

What do you believe is the most interesting engineering feat completed in the Hunter in recent years?

For me the stand out would have to be the Anzac walk. It's a place where I love to walk with my kids. The views of the city and south over the beaches are pretty special. While it is a great structure from an engineering perspective, it's provided something that can be enjoyed by every Novocastrian. For me it is a real symbol of the positive changes to the Newcastle landscape over the last decade.

The original article was written and shared in The Newcastle Herald https://www.newcastleherald.com.au/story/7835626/hunter-engineer-leads-newcastle-operations-of-national-firm/