Russell is a highly accomplished Mechanical Engineer with 20 years’ experience in automation, asset management, engineering, operations, procurement and project management. With a background of over 15 years’ in the Stevedoring industry and 8 years as a senior manager, Russell brings a strategic and collaborative approach to his role with a skill set honed in cross-functional projects, engineering and operational teams.

Residing both in New Zealand and Australia throughout his career, Russell has spent numerous periods of time working internationally in countries such as Den Hauge, Finland, Ireland, China, and the Middle East. These experiences have shaped Russell’s professional and personal development, requiring him to develop a repertoire of strategies and mechanisms to work successfully across multiple cultures and timezones. The capacity to be flexible, react quickly to challenges and make considered decisions without the ability to always refer ideas to colleagues back home, was extremely rewarding.

Citing his first graduate mechanical engineering job in Christchurch, New Zealand as having the greatest impact on his career, Russell undertook the opportunity to work in a start-up business developing vacuum pads for mooring ships. This disruptive engineering feat transformed the ship mooring process, and within two years a prototype was designed and built, followed by the commissioning of the first commercial vacuum mooring system in the world and the finalisation of 3 international patents. Not only did the vacuum system mitigate the environmental impact of traditional lines, which required tons of heavy fuel oil to be burnt by the vessel to hold it on station while they were being deployed, they also transformed safety aspects as overloaded lines became extremely dangerous to both life and limb. Russell reflects with pride on the automated vacuum mooring product, which lives on today and employs concepts he was initially involved in developing in every product generation.

Russell is involved in the industry-led groups SIRF (Industrial Maintenance Round Table) and TEGNZ (Terminal Engineers Group of New Zealand), which share common asset issues and solutions for mutual benefit.

In 2020 he relocated to Brisbane to establish WGA's capabilities in the Eastern States as Regional Manager. 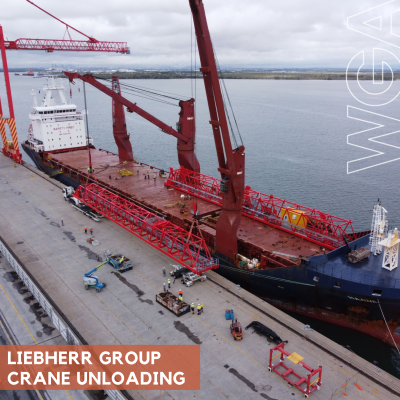