The removal of the famous Thermofor Catalytic Cracking (TCC) tower in the Altona Mobil refinery represents a major change to the skyline of Victoria’s western suburbs. At a little over 100m high it was the tallest structure in Melbourne when constructed in the 1950s. The TCC technology was developed during World War II and helped to produce aviation fuel for the allies during the war.

Since being decommissioned in 1997, it has become a home for peregrine falcons, but unfortunately its degrading structure has become a risk to the surrounding live refinery.

WGA provided heavy lift engineering to Mobil to safely dismantle the tower structure and its tanks, vessels and stacks.

Australia’s largest tower crane, with a lift capacity of 230t at 19m radius, was used to dismantle the tower elements in large manageable pieces to minimise the risks of working at heights in the exposed windy conditions. The first and highest lift weighed 150t with several other lifts in excess of 100t.

The chemistry of the ‘cracking’ process resulted in the weakening of some vessels and so WGA designed specialised lifting devices to avoid vessel distress during lifting.

“Returnability” design for all lifts, allowing the structure to remain stable in high winds after completion of separation cuts, and the re-use of adaptable rigging components were innovations the WGA team introduced to this landmark project.

The Altona Cracking Tower Demolition is included in the following sectors & services.
Click on one to find out more about that sector or service. 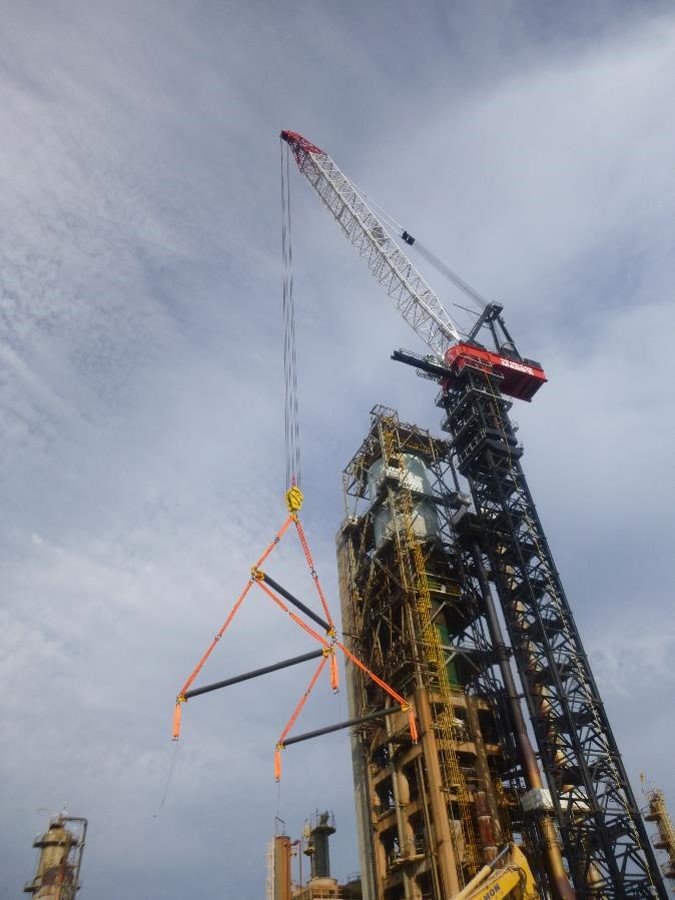