WGA in partnership with WSP and GHD, has been awarded the contract for the Reference Design for the final section of the North-South Corridor from the River Torrens to Darlington.
The final 10.5km section is the most complex part of the North-South Corridor to deliver. The roadway will include two sections of tunnels as well as lowered and surface motorways, costing an estimated $8.9 billion.
The project is intended to be delivered in two stages. Stage One – approximately 6km of motorway including more than 4km of tunnel between Anzac Highway and Darlington and Stage Two – a lowered and at-surface motorway and a second northern tunnel, connecting the River Torrens to Anzac Highway.

The North-South Corridor is included in the following sectors & services.
Click on one to find out more about that sector or service. 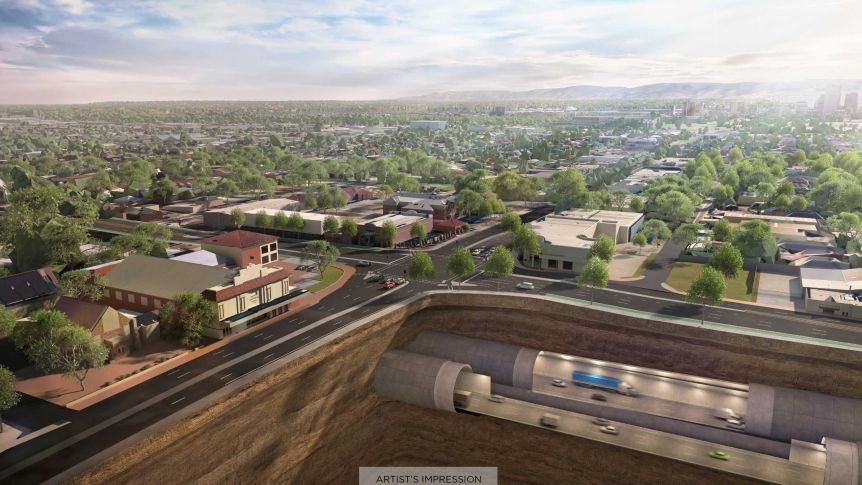