WGA provided design, documentation and construction phase supervision of remedial works to the Port Thevenard Jetty to remove the “danger of imminent and catastrophic collapse due to the degradation of existing supports” at several locations along the jetty.

WGA designed new structural steelwork and piling to support the existing jetty and conveyor system at several locations identified as having a high risk of collapse.  In addition, WGA planned and designed the demolition arrangement and sequence to remove critical concrete elements along the circa 100 year old jetty in order to prevent a catastrophic collapse of these structures.

The Thevenard Jetty is included in the following sectors & services.
Click on one to find out more about that sector or service. 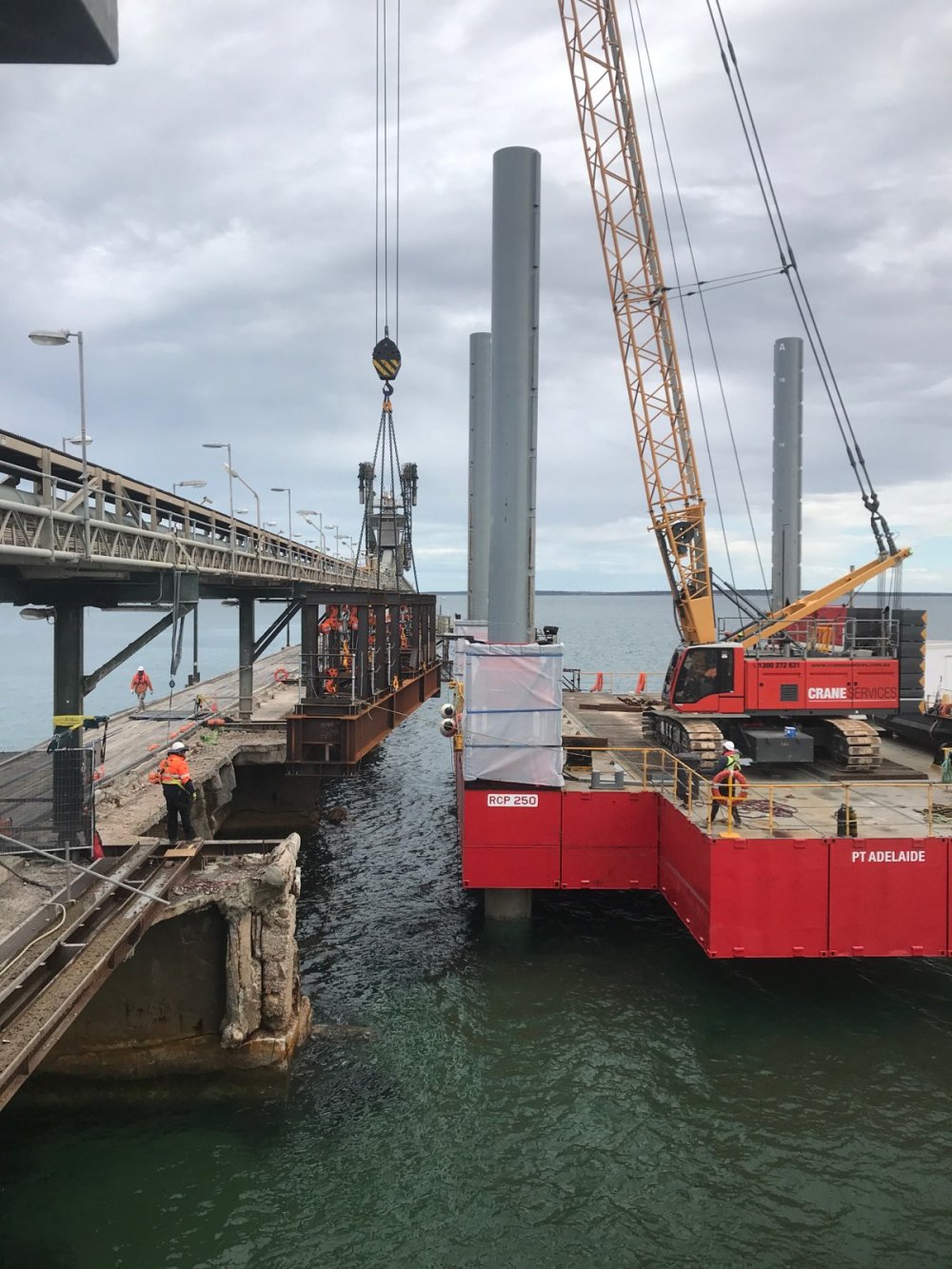